Holy shit, 2012 is turning into the year for music.  This past week I purchased tickets to see Mumford and Sons at the waterfront here in Louisville.  The concert happens to be August 13th, which is not only the day after my birthday, but the first day of law school orientation.  Add in our previously blogged about Springsteen show in Detroit, as well as a solid Counting Crows show at Iroquois and you have a string of legitimate, real deal concerts.  What could take 2012 to the next music level?  The Killers.  I do not know if the Killers are going to add some US dates to their fall tour, but if they do you can bet your bippy we will catch them somewhere.   Springsteen has already released Wrecking Ball this year, Mumford and the Killers will be releasing albums this fall, I am telling you 2012 may be THE year for Proctor's Type brand of music.

Our World
It has been a few months since Laura and I made the decision to make Whole Foods our primary destination for grocery purchase.  Yes, it is more expensive and sometimes the store can be cramped.  Sure the pace can be hectic and the kids in the store out of control (more on this later).  But all in all I know we made a positive decision for our health.  The feeling of superiority you get just from walking in is an added bonus as well. I hope some of you give Whole Foods a try and now I am going to provide you with a general breakdown of the five types of Whole Foods shoppers and what to expect from each:

1.  The First Timer-  Unfortunately everyone has to play this role at least once.  These people are so easy to spot, they do not know a GMO from a WMD.  You can see them wondering the store looking for the Nabisco products.  Hell, they did not even bring their own bags! We are going to move on...

2.  The Vegan-  Not as common as you might think.  They went the way of the community garden a long time ago.  If you see one pretending to buy meat they are covering up their ties to eco-terrorist groups, or so I have been told.

3.  The fairly normal people who watched too many food documentaries-  This is where Laura and I come in.  Had it not been for Food Inc., Forks Over Knives, and Fat, Sick and Nearly Dead we would still be filling our cart up for $100 at a regular grocery store.  We would still have American grocery staples like Little Debbies, regular white bread and Fat Free ranch dressing.  Damn netflix!

4.  The East End Man-  Oh you know he had to make an appearance.  He spends the majority of the time complaining about the prices and "the stoned cashiers" yet he still goes because he does not want to be the "cheap grocery guy".  Plus Clif Bars do not take up a lot of room in his golf bag.  He is also the reason the beer section now has Michelob Ultra.

5.  The Weirdest Person You Have Ever Met In Your Life-  I obviously cannot give a description for this

Tool of the Week
Whole Foods Kid and Parents Responsible 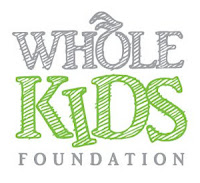 Now before we get all up in arms, the Whole Kids Foundation IS NOT the tool of the week.  I am sure they do great work.  I am referring to the "Whole Foods Kid", you know, the one who runs around knocking shit over while his mom is scrutinizing the ingredient label.  The kid I am referring to is a "free spirit" according to his mother.  Who is she to tell him to stop ramming the cart into the back of my ankles?  If he wants to eat every damn piece of cheese from the sample I have been eyeing for 15 minutes, why stop him?

Beer of the Week
Leffe Blonde 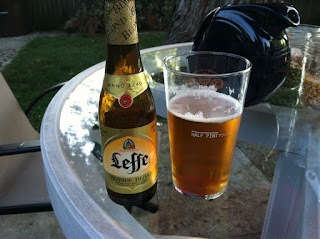 Laura and I were at Whole Foods (catching onto a theme here?) picking out beers to pregame a concert the next night.  Wanting something crisp and drinkable in the heat I opted for the Leffe Blonde, a delicious, golden Belgian Ale.  Needless to say, I did not wait until the concert and I enjoyed a few on the back patio with Laura.  These beers are 6.6 ABV and very drinkable, which is great.  The downfall is the 11.2 oz. bottle.