Two of the five most important things in life are friends and cold ones. Do you have any friends? I hope so. Do you have colds? God bless America, I hope so. If the answer to both of these questions is "no" then you need to reevaluate. Kill two birds with one stone by making a friend who brews beer.

How do you make friends? Try not to be too obnoxious when around others. How do you make a friend who brews beer? Try not to be too obnoxious around someone that brews beer. Maybe put a halt to some of your "quirks" that you think are adorable and have not gotten you anywhere to this point. When you meet someone who brews beer, refrain from discussing how you got your Key Club volunteer hours in high school. Reserve a conversation about your plans for next year's parade float for another time. Discuss something that unites us all: pounding cold ones.

If you play your cards right, you will meet someone who wants you to dabble in something delicious. They bust their ass making quality cold ones and you reap the rewards. And the best part is, although it does not seem like it, you are contributing something. Your input as to the quality of the beer they have produced is important. Imagine if you made something for others, like a blog or something, you would want feedback, especially positive feedback.  Brewing colds is exactly the same, except with a much higher ABV.

Personally, I have had a handful people in my life who make beer and let me rip n' roar with their products. Of all those people, one man stands above the rest. He made my wedding beer, Proctorberfest, a 7% brown/pumpkin deal that had a multitude of Bud Light drinkers really cutting loose . He also made one of the five best beers I have ever pounded, BBB, a play on Founders' famed KBS, but better. At ~14%, the beer is basically its own three course, paired meal. Despite it being the definition of a sipper, I did not pass on one when my wife, and ride, told me we were leaving in five minutes and the brewer's Packers had just won the Super Bowl.  He wanted to celebrate. I wanted to indulge. It was an interesting ride home, I think.

And who is this hero for the masses? Buddy McHagan. Check out his blog as he fulfills his dreams and makes brews for a living. It is quite a venture, but do not worry, there will be a quality control expert at the ready.

The scents of our lives- a poem by Eric Proctor

The bottle and my soul are empty
Less mist, no matter how hard I press
Lacoste® Essential, (prolonged, audible sniff)
It had to come to an end, I guess

Scent-wise, where do I go from here?
It is so difficult to tell
Go cologne-less?
AND RISK SMELLING LIKE HELL?

Hold on a second,
I've had an epiphany!
How to fix this problem?
Bring back the Original Tommy®

Be on alert FragranceNet,
You're under attack!
It is Proctorstype,
Coming for a mid-90s throwback!

He's a grown man now,
Drinks wine to get bent
But he still requires
A clean, masculine scent. 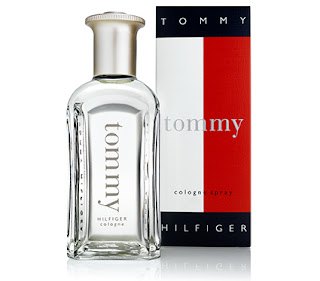 Posted by Eric Proctor at 8:38 AM No comments: