Proctor's World
A couple major shavings highlight this past week in the Proctor family.  It started with your's truly shaving off a forgettable beard and rocking a mustache for around five hours.  Despite my enjoyment and satisfaction with the mustache, I eventually gave into outside pressures and shaved it off.  The main opponent was my beautiful wife, who, for whatever reason, cannot stand me having a mustache.  It makes her mad, and not in one of those "oh I do not think that looks good, but you are cute anyway" ways.   I think it upsets her more than anything else I say or do, which is saying a lot.
Our big-headed dog finally got his overdue summer shave.  Hopefully this will keep him cool and the 45 minute "pant as if you are going to die" sessions after each walk come to an end. Quick Weight Watchers update:  22 total down since I started

Our World
We meet people all of the time and we tend to meet people in various social settings.  Be it at work, church or a cocktail party, we must make split-second decisions about what we say and do in the initial meet.  Unfortunately there is no perfect way to greet a brand new acquaintance, but Proctor's Type is here to help by providing the pros and cons of different greeting methods.

The insanely firm handshake and stare:
Pros- You have temporarily appeased your insecurities and asserted your strength and dominance.  You do not have to worry about the person you just met ever voluntarily talking to you again.
Cons- The person you just met thinks (knows?) you are an asshole.  Also you could cause undue pain to someone with a hand or wrist injury.

The Hug:
Pros- If you can pull it off, hugging a stranger instantly makes you and that person friends.  You are considered a loving, open person.
Cons- Numerous. You may creep the unsuspecting stranger out.  You may be sued for sexual harassment.  If the hug receiver has a gun in their waistband you risk triggering it and being shot.

Reaching for you wallet because you assume they are going to ask you for money:
aka the East End Man special
Pros- People will assume you have a lot of money and are charitable.
Cons-What bad could possibly come from exhibiting your wealth and influence?

Tool of the Week
Socialcam 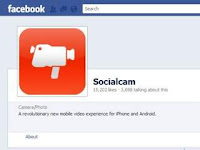 Honestly I am not 100% sure what Socialcam is or how it is any different than Youtube.  All I know is that every time I log onto Facebook one of my friends is watching one of these videos.  Sometimes they seem very disgusting, something to the effect of "watch this guy drink his own urine" or "check out the world's worst dandruff".  More often they seem to be violent such as "lil' dude knocks the fuck out of big ol' dude" or  "mom breaks bottle on daughter's boyfriend's head".  The worst part is that, in the rare instance one of these videos seem appealing, I cannot even open the link without installing something. 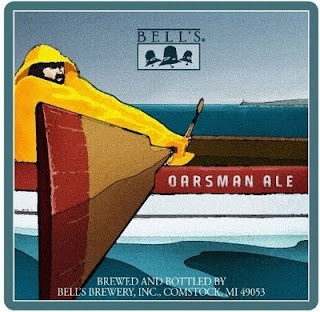 On first sip, the sour mash in this beer is almost too much, but that is what makes the beer so delicious.  This beer is the Lemonheads of brewing, the sour is balanced just enough to make ceasing consumption impossible.   Be warned, this is one of Bell's few session beers, with a meek 4.0% abv, so a sixer may not do the trick.

Posted by Eric Proctor at 11:08 AM No comments:

Proctor's World
Well I officially know my last day with the bank: July 27th.  Working with 5/3 has had its ups and downs like anything else, but I have met some solid bruhs and bruhettes along the way.  As the ol' saying goes, this law school train is a-rollin' down the tracks , no point in hitting the brakes now.  Orientation starts August 13th (the day after my birthday) so I will have a couple weeks to unwind and prepare.  It is not, however, a long enough period to "find myself" as so many do the summer before starting a major endeavor.  The idea of this has always intrigued me and I have been wanting to create my own Willy Wonka meme so.. 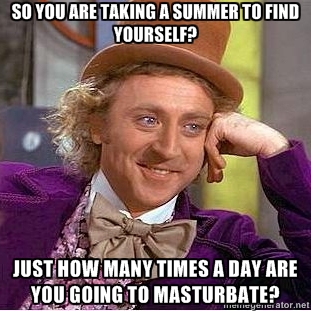 Our World
For my readers outside of Louisville, you may be unfamiliar with the "East End Man" character, but after hearing just a little bit about him I am sure you will be able to match him to a similar type in
your area.


Summer time is special: the days are long, school is out and everyone seems to be having fun.  Lost in the shuffle is the summer time plight of the East End Man.  It is far too warm to layer Northface apparel and snow cannot be used as his justification for having an H2.  His swinger Halloween  party is still months away and his Kentucky Oaks box next to Jon Bon Jovi seems like a distant memory.  So just how does the East End Man display his superiority for the rest of the world during these hot months?  Below are five pointers for the East End Man to maintain his prestige during summer:

1.  Vacation- Be sure to vacation at an exclusive area outside of a very popular tourist area.  For example, if someone asks you where you are going on vacation say something like "we are headed to St. Bartholomew island, it is a nice little spot a few miles from Daytona Beach".  This way it is obvious you are near the party but still above it.

3.  Sunglasses- It seems like everybody and their brother has Ray Bans these days, so the East End Man is left with two choices.  The first is to buy sunglasses more expensive than Ray Bans and somehow convey to everyone that they are better.  The second is to wear Ray Bans but whenever someone asks about them just say "oh, I buy these cheap things because I am always losing my sunglasses or sitting on them".

4.  Polo Shirts- It is still upsetting that those punk kids have taken to ruining the classic Polo Ralph Lauren brand.  Thankfully golf heroes like Greg Norman have taken to "designing" their own line of polo shirts.  Wear those.

Tool of the Week
Jim Rome
I will admit that I like Jim Rome.  I think he is funny, has solid takes and knows a lot about sports.  But this week Rome messed with the wrong guy when he asked NBA commissioner David Stern if the draft lottery was fixed.  I cannot not do Stern justice by paraphrasing just how much he killed Rome on his own show, here is the audio:
From Deadspin


Beer of the Week
Old Peculier 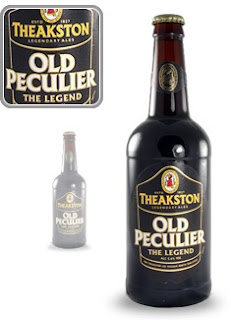 Buddy brought a couple of these over in a mix 6 while we watched England vs. France.  A perfect Old Ale with a classic flavor that you do not see around much anymore.  Next goal: to try if from a cask

A Haunting in Lyndon

I think it is safe to say that readers of Proctor's Type have experienced a wide range of feelings and emotions through these words; however, fear is not one of them.  That is about to change when I share with you the horrific events of this past Friday evening.  A warning: what you are about to read is scary, real and not for the faint of heart.  This is a tale that will be told by campfires for generations to come and the scariest part is it really happened.


It all started innocently enough.  Myself and a bruh, Ian, stopped by a Lyndon drinking establishment to celebrate a rousing kickball victory and take in the night.  When we entered everything seemed normal: there were staggering 40 somethings who had apparently been there since around 2:30 in the afternoon, a few younger bruh-types and various tattoos.  It was when we ordered our first beers that things began to become eerie...

Not wanting to offset the intense cardiovascular exercise that is kickball, I opted for a Miller Lite draft and when the 16 or 23 oz. option was given to me by the bartender, I requested the big one.  Ian, wanting to mix it up a little bit, ordered:

To which, the bartenders eyes lit up and he replied coldly:

The bartender shook his head:

Ian, wanting a large beer, proceeded to order a Miller Lite 23 oz. for which he was charged $3.50.

We took our beers to the back deck, chalked the Brooklyn Summer Ale fiasco to the bartender having math trouble (the pint would have been $4) and began what the kids call "shooting the poop".  A couple more beers were ordered and things seemed to be getting back to normal.  That is, until the sun came down and we noticed movement in the undeveloped commercial property beside the bar.  The overgrown field had gone unnoticed the first hour or so we were there, but now we could not keep our eyes off of it.

From the field came groups of two or three men at a time, walking to the bar through the field, their origins unknown.  The haze over the grass in the field gave the impression that they had simply came from the field itself, appearing out of thin air, giving a strange Field of Dreams vibe.  Who were these men?  Where had they come from?  What did they want?  Ian and I discussed various possibilities, but none made sense.  The men's behavior after their arrival to the bar only added to our suspicions.

Each man would enter the bar, say hello to a few regulars, request a drink for which they were denied, and walk back into the field, disappearing into thin air.  Being one that always looks to science first and doubts the paranormal (a Scully type), I tried every possible theory.  Maybe it was an optical illusion or maybe I was dreaming.  After none of these theories held any water, I had to open my mind and accept the situation for what it was, even if it is horrific and sad:

These men were restless souls who cannot find eternal peace until they have enjoyed a 23 oz. Brooklyn Summer Ale.  Night after night they come yearning for the large glass because the pint simply will not give them peace.  Then night after night, for whatever reason, they are turned away.  Why can't they simply pour the Brooklyn Summer Ale into the big glass?  Could it be the restless souls only have $9?  We will never know...

And because no good ghost story is complete without a twist...
Throughout the night we were given raffle tickets for a drawing we did not stay late enough for.  It makes you wonder what the drawing is for.  Could it be a talisman to ward off the restless souls?  Or better yet could they do a single drawing every night for the elusive 23 oz. Brooklyn Summer Ale?  Could our tickets have gotten a lost, yearning spirit out of Lyndon purgatory?