I haven't blogged in awhile. I fault my recent busy schedule and that I couldn't decide whether to blog an NBA playoff preview or a greatest female vocalist of all time bracket tournament.  Luckily I had an epiphany while driving to Subway:  I will make the NBA playoff and greatest female vocalist of all time tournament in the same entry!  Every playoff team gets what I consider to be their female vocalist equivalent and I predict who wins the NBA championship and reveal the winner of the GFVOAT tournament.  Sometimes Bill Simmons does the same type of article but his always revolve around the same five shitty movies.

East Round One:
Chicago Bulls (Madonna) vs. Indiana Pacers (Jennifer Hudson)
This is an obvious mismatch.  Derrick Rose's ascension to the top of the basketball world is similar to the Material Girl's remarkable run in the early 80s.  My Pacers are a young team who have some nice parts (like Hudson) but we cant expect much more than a couple of wins in Canseco Fieldhouse.  Bulls win in 6.
Miami Heat (Christina Aguilera) vs. Philadelphia 76ers (Rihanna)
Just like The Heat, Christina looks unbeatable on paper.  Aguilera has an amazing voice, good looks, and can perform a variety of music styles.  The Heat have gone from being over-rated to ridiculously under-rated quite a few times this year.  Aguilera is so talented she could out-perform Rihanna without her best efforts.  Philly is a sexy pick (Rihanna) by some to win a couple of games but I don't see it happening.  Heat sweep in 4.
Boston Celtics (Shania Twain) vs. New York Knicks (Kelly Clarkson)
The Celtics trading Kendrick Perkins hurt them almost as much as Shania Twain revealing she is Canadian.  I think we tend to forget just how popular Shania Twain was and how favored the Celtics were this year.  The Knicks getting Melo and Chauncy was the equivalent of Kelly winning the first Idol...kind of a "now what?" moment.  This is a huge toss up to me, with both teams having major question marks.  I'll take Boston in 7.
Orlando Magic (Taylor Swift) vs. Atlanta Hawks (Lady Gaga)
I chose Taylor as the Magic because despite what other's say I still think they are both a major force to be dealt with.  I picked Gaga for the Hawks because the Hawks don't have a chance of winning the NBA championship and Lady Gaga isn't really known for her vocals.  The Magic will turn it up a notch.  Atlanta may get one at home.  Magic in 5.
West Round One:
San Antonio Spurs (Whitney Houston) vs. Memphis Grizzles (Britney Spears)
Whitney has had her ups and downs but there is no denying her voice, much like there is no counting out the Spurs.  Plus I think "I wanna dance with somebody" is Manu Ginobili's favorite song, although Tim Duncan did call it a little racy.  I do not need to explain why the Memphis Grizzlies are Britney Spears.  Spurs sweep in four.
LA Lakers (Celine Dion) vs. New Orleans Hornets (Janet Jackson)
When everyone is healthy and the Laker's have the triangle going their victories are like Celine's voice: beautiful and effortless.  The Hornets are akin to Janet Jackson in that they aren't really that good when you think about it. In terms of Celine vs. Janet, is there a mercy rule in a singing competition?  Lakers sleep in 4.
Dallas Mavericks (Mariah Carey) vs. Portland Trailblazers (Beyonce)
The Mavericks are always over-rated and so is Mariah Carey.  Mark Cuban invented the Mavericks and the internet which spread those ridiculous urban legends about Mariah's vocal range, he is to blame.  Beyonce is young and getting it all together very quickly, just like the Blazers.  LaMarcus Aldridge is the Beyonce video versus real thing commercial: i.e awesome.  Blazers upset in 7.
Oklahoma City Thunder (Pink) vs. Denver Nuggets (Sarah McLachlan)
Who in their right mind would want to play the Thunder right now, or go up against Pink?  Pink has many more hits that you think and the Thunder have a little more moxy than everyone gives them credit for  The Nuggets don't have the big names anymore but they are still solid, much like the mellow, beautiful notes of Sarah Mac (not everyone calls her that but I do).  This is  going to be a hard fought series, even if it isn't f*ckin perfect.  Thunder win in 6.
Conference Semi-Finals
Chicago Bulls (Madonna) vs. Orlando Magic (Taylor Swift)
If you don't think the Magic have a good chance in this series I would say go ahead and speak now.  Derrick Rose gets to the rack as well as anyone in the game but the Magic have a trick up their sleeve: the best interior defender in basketball.  When was the last time Madonna had a real hit, and when was the last time a team that wasn't a western conference team or the Celtics won the championship?  I think the Magic's experience helps them win a tough series in 7 games.
Miami Heat (Christina Aguilera) vs. Boston Celtics (Shania Twain)
This went from what I thought was the most intriguing potential match-ups in the playoffs to just another series for me.  I think the Heat have a genie in a bottle who will grant one of their biggest wishes: beating the Celtics.  LeBron (loyal reader) will take this series over and the real Christina shows up.  I think the Celtics are a little too old and lacking perimeter D.  Heat win in 6.
San Antonio Spurs (Whitney Houston) vs. Oklahoma City Thunder (Pink)
This is the ultimate battle of experience vs. energy, young vs. old and crack user vs. non-crack user.  If this were Whitney from 93 and San Antonio from 05 I think they would win fairly easily, however age and crack cocaine use have caught up with them.  I think Pink and OKC ride their growing momentum to an adrenaline filled victory in 7 games.
LA Lakers (Celine Dion) vs. Portland Trailblazers(Beyonce)
Beyonce is tough and can put on quite a show, but she isn't near a Vegas show.  Unlike the other western conference semi-final, age and experience wins out here.  I think Portland can win a couple at home and really make LA work for it but in the end I'll take the Lakers in 6 and my team will go on.
Conference Finals

Miami Heat (Christina Aguilera) vs. Orlando Magic (Taylor Swift)
What Dwight Howard shows up?  If he is aggressive and can stop Wade and LeBron's penetration without fouling this is going to be a serious series.  As much as I want to pick the Magic because I feel everyone has been sleeping on them, I cant.  I think that Turk is going to find guarding LeBron to be nearly impossible.  Swift will be around for a long,long time but this isn't her year.  The Heat win in 6.
LA Lakers (Celine Dion) vs. OKC Thunder (Pink)
Classic and mellow vs. new age and loud.  Two completely different styles of singers and teams.  It will fun to see how this one plays out but as long as Bynum is healthy I just can't see OKC having any kind of answer for the Laker's length or Pink having an answer for "the power of love".  I think OKC will actually take a small step back from last year when they took LA to 6 and only hang around for 5 games this time. 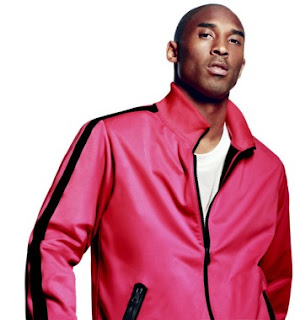 The Finals
LA Lakers (Celine Dion) vs. Miami Heat (Christina Aguilera)
This was my Finals pick at the beginning of the year and I am sticking by it.  I am also sticking with the Lakers  winning in 6 games.  Chris Bosh will have trouble stopping Pau or Bynum, much less both of them. If Kobe can check D Wade (as best as D Wade can be checked) and Artest can sloe LeBron down a little, the Lakers interior D will handle the rest.  As for the greatest female vocalist of all time, was there ever really any doubt?