#3 Chris Paul & Anthony Davis/ Busch Light
I am sure many (both?) readers who have been following this countdown for over a year are wondering why I keep taking the liberty to list two players in a single position.  Well, my best explanation is that a lot has changed since I started this list and I lost the original piece of paper where I wrote down the top 10.  It may be pathetic, but this is what I am doing.  Not to mention it would be an absolute travesty to not have AD on the list, which he would not have been if I wrote all of this in anything approaching a timely manner.  He is on pace to have one of the great statistical seasons in the history of the NBA.  Chris Paul is still fantastic even though the Clippers are annually the equivalent of losing hot water during a shower. 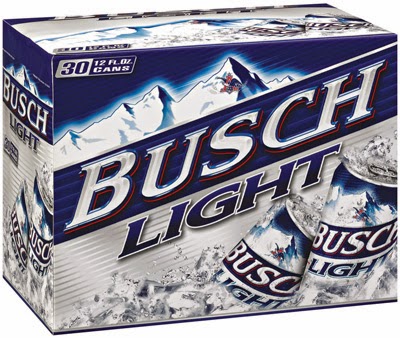 I know that Anheuser Busch have been some horrible dicks of late to the craft beer community.  But that being said, I love an ice cold Busch light.  The flavor is better than its big brother: the un-ranked Bud Light, and it is less expensive.  I think the world would be a better place if most places you went there were street vendors selling cans of Busch Light for $1.  Street vendor makes a little money on the markup, purchaser gets an ice cold Busch Light for a reasonable price, and of course the can will be recycled.