Outerwear and the Inner Soul

Over time we all become our outerwear...or so it seems.  Recently I have decided to purchase some new outerwear (aka jackets and coats) and have been blown away by the magnitude of the choice ahead of me.  What brand is the toughest? the warmest?  the most prestigious? I obviously do not want to make a poor style choice or be cold.  What if I take up snowboarding or run my car off the road miles away from civilization? 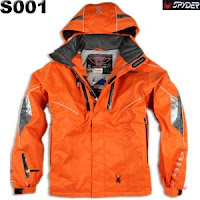 Apparently when I was a youth (and until about 3 months ago) I did not understand outerwear.  Starter coats were the norm through 6th grade, then I went through my wild-ass "alternative" years and got an Adidas coat.  I was warm enough and the honeys loved it, so I was in the clear.  Those were simpler times however, and these days school administrators are clamoring to come up with solutions to outerwear problems.  First graders have had their down feathers plucked one by one, leaving them with nothing except water resistance.    Middle Schoolers are being bullied by fellow students with a higher warmness factor.  High schools have had to institute an "inside-out" policy to slow down the on-going Northface/Spyder feud.  Once-safe neighborhoods now have outer shells thrown over every other power line.
When did this begin?  Has it always been there and it took me marrying someone from Michigan to realize it? Growing up in the south end of Louisville, I always assumed an average adult wore Carhartt or an ugly leather U of K jacket.  Now that I travel up north to visit family and east to Prospect and Middletown, I have a whole new outlook on outerwear.  I hear that Colombia is the real deal.  Some say Marmot is legit.  Hard-liners scream Eddie Bauer or bust.  Political and religious debate has given way to a never-ending discussion as to whether Edmund Hillary (wiki) was wearing Mountain Hard Wear or Patagonia when he made his historic ascent.
It did not take long for me to get wrapped up in my own outerwear.  I recently acquired a sweet Eddie Bauer fall jacket and a Land's End down coat.  I find myself waking in the middle of the night, sweating, wearing both at the same time, all the while having no recollection of putting them on.  After a long talk with family and friends (I wouldn't call it an intervention..) I have decided that my 2012 New Year's resolution will be to wear my outerwear and not let it wear me.
Posted by Eric Proctor at 8:40 PM