Earlier today I blogged about some changes to come to Proctor's Type (link here).  A weekly Thursday newsletter style entry is at the top of the list and this is the first of those.  Do not forget that there is a contest going on to name this weekly entry, please comment with your ideas and the winner will be announced with the official naming next week.  Here we go:

Faith and Family
I have a couple of very exciting items to share regarding my personal life.  The first is that I am an Uncle again, Laura's brother and wife had a healthy baby boy Nolan Christopher Hayes.  The name relates perfectly to my taste in film.  Mother and baby are doing great and brother Carter is excited to have a new playmate.  Laura and I are going to have to squeeze in a trip up north to meet him in person.

Back in April of this year I made a decision that I was going to attend law school and change careers.  For years I had tossed the law school idea around but never put in the effort to put it into action.  Thanks to 28 years of maturity, a 100% supportive wife and helpful advice from friends and family, I decided that now is the time.  I had two months to study for the June LSAT with the goal of obtaining a score that would offset my average GPA from undergrad and allow me to be admitted.

After hours and hours of practice tests and logic games I took the June 2011 LSAT and received a score that I am very proud of.  From that point, I obtained letters of recommendation from a former boss and a lawyer friend from church and banged out a quality personal statement.  Over September and October I applied to six schools (Louisville, Kentucky, Cincinnati, Northern KY, Valparaiso and Michigan State) and the waiting game began.

A few months of impatiently checking email and snail mail culminated yesterday with my receiving my 6th and final acceptance from the University of Louisville.  Thinking back to April, when I was unsure where or even if I would be admitted, I am ecstatic that I have a choice of schools.  I am truly blessed to be in this situation and I have to admit I am excited about this life transition.  I pray for patience, guidance and strength as my family decides where I will attend and even more importantly how in the hell we are going to pay for it.

As to which schools I am leaning towards, I plan to withdraw from Michigan State and Valparaiso in the coming weeks, as these do not appear to be the best situations for us.  Decisions from that point will be based on a few different factors, including potential scholarship opportunities and our willingness to relocate or commute.  As Sara Bareilles would say, it is a little uncharted from here.  Cincy did get a little leg up when they sent me this sweet Christmas card: 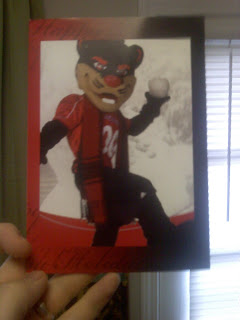 Sports
Depending on my upcoming holiday schedule, I hope to put together a full NBA 2011-2012 preview in the next couple of weeks.  Hopefully it is a little more on point than my playoff preview fail from last year (Link Here , the article was solid, the projections, not so much).  Until then I figured I would fill you all in on my sleeper: my Indiana Pacers!  That's right, while everyone has discussed the CP3 deal, the Pacers sneaked in and grabbed David West.  Keep in mind that Darren Collison and David West played together in New Orleans and look at this lineup on paper:
PG- Darren Collison
SG/SF- Danny Granger
SG/SF- Paul George
PF- David West
C- Roy Hibbert
Bench- Tyler Hansrough, George Hill, Dahntay Jones, A.J Price, Jeff Foster
Now call me crazy but that looks like a deep team with a nice mix of young and veteran players.  Also remember that although they only won one game, the Pacers gave Chicago all they could handle in their first round playoff match-up.
Our World
It is almost a daily occurrence that I see a Facebook status update regarding the demise of music.  Examples include:  "today's music sucks!" "fuck modern music!"  "if I have to listen to pop radio I am going to murder everyone!".  Personally I grew up listening to a wide variety of music.  I love classics like Bruce Springsteen, Bob Dylan and Heart. Through my youth and college I listened to a lot of alternative rock, made mix cds for friends with bands they had never heard of and felt as though I had "good taste" in music.  I am sure if I went through my old Facebook and Myspace stuff there was something about the demise of music.

These days seem to be different.  I find myself listening to Katy Perry, Sara Bareilles, Ke$ha, Rihanna and the like constantly.  Now here is the kicker: this new music is legit!  Have I lost my "taste" or is this shit just that good?  I am going to have to disagree with this demise of music talk.  It could be I am just not cool anymore. I may be out of touch, seeing as I have "discovered" Pandora Radio, Mumford and Sons, and Florence and the Machine all within the last six months.  Whatever it is, I am going to keep banging my KP Teenage Dream CD and drown out all this talk.  And to all of you modern music haters, I challenge you to play some Adele, LMFAO, Beyonce etc. to start your Christmas event and watch that party explode!

Tool of the Week 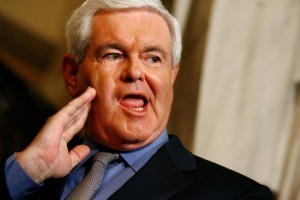 Newt Gingrich
Seriously GOP...this guy?  You can not be serious.  I do not know if you all missed it, but this past week Newt took his 4th no adultery pledge (the first three being his marriages).  No, this is not a joke (Link Here).  Remember all the republicans saying Clinton's strong economy did not matter because "you can not trust a man who cheats on his wife".  What the fuck happened to that?  Oh that's right, none of that "family values" shit matters to the GOP when it hurts their true cause: lowering taxes for the most wealthy Americans.  So why lie about it, why masquerade this "cause" with anything else?  Its because they want to dupe hard-working, decent people into believing that its about abortion, gay marriage or guns when in reality its about screwing the middle class over so that the uber-rich can keep all of their money and power.  I hope this guy wins the nomination because I want four more years of Obama, but at the same time it is sad that half of our country will vote for him without giving any thought as to his true motivations.

Beer of the Week 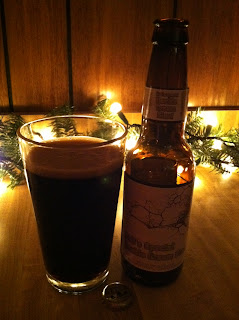 Bell's Double Cream Stout
It is getting to be that time of year when the beers get as dark as the sky outside.  Winter time is great for staying warm inside and sipping on dark beer.  Stouts do not get much darker or smoother than this one from my favorite brewery.  I drank a few of these at a Christmas party last weekend and highly recommend it. Plenty of chocolate and coffee flavors but not enough to be considered a chocolate or coffee stout per say.  I paid $13 for the six pack.
Rating: 8/10
Posted by Eric Proctor at 3:15 PM