Quick format update:  As "And on the 4th Day..." continues to grow and evolve I will occasionally make tweaks here and there to hopefully improve it and make it a better read.  This week the first section that was "Faith and Family" will change to "Proctor's World", a more appropriate name for the section about my and my family's life (faith is everywhere, just not in the title).  "Our World" is going to move up to the second section due to its general popularity and because I think my mom (and maybe a few others) have never read past the first section because "Sports" was the second section.

Proctor's World
We have a couple of exciting things going on here at the Proctor Household.  Laura has started a daunting new project in which she makes and gives away a new craft item each week in 2012 (read about it here).  It is going to be a lot of work, but I am sure the smiles it brings to other's faces will make it worthwhile.  The good news for me is that she frequently works on these projects during Pacers games and I can watch Granger and Co. in its entirety.

We also had our first Weight Watcher weigh in Monday and were very pleased with our initial results.  Laura was down 5.6 pounds and I dropped 6.2!  We knew our week one results would be stellar but it is hard to not get doubt in your mind.  What if we started the program and did not lose the first week?  Thankfully, we did not have to worry about that scenario this week, but I am sure that will be the case down the road.  That is when we will just have to stay the course and look forward to the next week.

Our World
Can someone teach me how to use a computer?  Do people still use computers?  I am 28 years old and feel like technology has completely passed me by.  My whole life I was told by parents and teachers that growing up with computers would make them easier for me to use.  Unfortunately that could not be further from the truth.

You would think someone who writes a blog on a computer, took two levels of computer information systems in business school and has a programmer father and network admin mother would know how to do the simplest of functions on a modern PC.  It took me 15 minutes to figure out how to do a word count in Word the other day.  Remember when you could just click on "functions" or something then click on Word Count and there it was?  Now there are 50 different tool bars and one small button on one of those tool bars symbolized by what looks like small numbers will count your words for you.  I am going to law school in the fall, I am going to need to be able to do a damn word count!

When I receive an invite on Outlook and it asks me to "send a response now?" what am I supposed to do? Who is the "response" sent to and what does it say?  Some conference calls are sent to thousands of "guests", if they all responded would not it cause an Inbox blow up?  It would also be nice to figure out how to cancel a recurring event on my calendar so I do not continue to receive reminders to send reports we no longer do to people who no longer work for the company.

I assumed the email problem was solely with Outlook, but now I am having trouble with my personal Gmail.  Why do I open an email and never see any pictures?  I get my Eddie Bauer emails that say something about a once a decade sale and I cannot see what is for sale.  Why is not seeing pictures now a feature of email?  I can remember when seeing pictures was a feature of email!  Someone is going to have to help me out.  I am considering starting a Blog Bruhs Godaddy site to share Proctor's Type with a couple of other guys, but I do not know where to begin.  Can I "export" this blog there?  Will my fucking pictures show up?!?


Sports
My fellow Louisville Cardinal fans have to be worrying along with me about the Men's basketball team.  What in the hell happened in the Dunkin' Doughnuts center Tuesday Night?  Losing to Providence by 31 points is not what anyone expected and it has caused a wave of emotional responses from Cards fans.  I heard everything from this being a wake-up call to it being time to show Coach Pitino the door.  Although I am not quite there yet, I am troubled.  In an attempt to show some balance and perspective I will look at the good, bad and ugly to this point in the season: 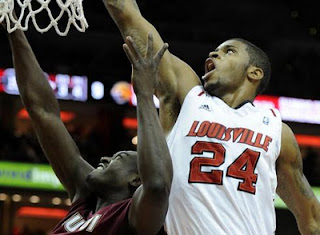 The good so far this year is the emergence of Dieng and Behanan as well as our Big East schedule.  When we have Dieng and Behanan on the court we are physical, and we rebound and run the court well.  The Big East schedule can be a gauntlet and we are currently 1-3 but I have a prescription to get us back to .500 in the league in six games:
Cards next six games: Depaul, @ Marquette, @Pitt, Villanova, @ Seton Hall, Rutgers
I think we can hold home court and steal at least one of these road games, considering Pitt just lost at home to Rutgers and I think Seton Hall is a little over-rated.

The Bad
A couple of bad things going on are obviously Siva's play and our front court depth.  I think Siva is hurt and needs to sit out a couple of games to rest his ankle.  He could not dunk the ball in a recent break away, whereas when healthy he is one of the best leapers you will see.  His confidence is down and Pitino is in his head, give him a week or two to rest his ankle and mind.
The larger problem is front court depth.  Dieng gets in foul trouble then we see Buckles and Swopshire come in and not rebound or finish around the rim.  I would like to see a small lineup when Dieng is on the bench.  Siva (or Ware), both Smiths, Kyle at the 4 and Behanan at the 5 would be a problem for teams, and would make the press more effective.

The Ugly
I turned off the Dunkin' Doughnuts disaster with about seven minutes left in the game (I tried to turn it off sooner but I guess I like screaming at the TV).  I would have NEVER turned off last year's squad (remember them?), but they would not have given up and acted like they would rather be anywhere than playing basketball.  I love Preston Knowles but he was not that good.  There is a deeper problem on the team than losing Preston and I can not quite put my finger on it.  Pitino needs to sniff out and fix this team's attitude problem, that is why he makes three million a year.


Tool of the Week
Michael Imperioli 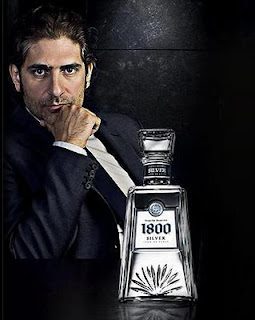 "Remember when guys used to hang out, drink real tequila and talk about sports?"
FUCK NO!  I do not know what your are talking about Christopher.  I have hung out with guys and talked about sports many times, but I cannot remember a single occasion when anyone was sipping tequila.  Tequila is something women drink when they have their "girl's night" at a Mexican restaurant.  1800 tequila is not manly, it is not sophisticated and it is not any different from Patron whatsoever.  If I am at a bar and scouting tough guys to avoid their choice of tequila does not come in to play.  I would like to remember Imperioli as a main character on one of the greatest television shows ever made, but that is going to be impossible if I see many more of these 1800 commercials while I am watching football (and not drinking tequila).
Beer of the Week
Bell's Best Brown Ale 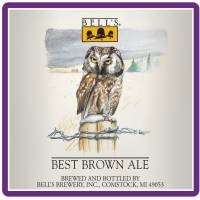 Weight Watchers is going to force me to drink less beer, thus trying fewer new beers.  With this in mind, I present a classic.  There has never been a more appropriately named beer than Bell's Best Brown Ale.  Every winter I can look forward to the quintessential brown ale.  A perfect balance of dark, smooth and hops (more than usual for a brown) form a permanent member of my top 10 beer list.  A six pack of bottles costs $10-12.
Posted by Eric Proctor at 8:35 AM