Now comes the  2011 MLB preview/predications part of my baseball entry.  I can only hope this fares better than my March Madness predictions.  You don't have to worry about bias here, I will simply call it like I see it this year.  You can also expect a blog after the season to see how I did.  I will break down each division with estimated records for each team and a couple of comments.  Then I will go ahead and tell you who will win in the post-season and give out some awards.

What did you expect?  The Phillies 5 man rotation is Halladay, Cliff Lee, Hamels, Oswalt, and Joe Blanton.  If you assembled the best 5 man rotation from the rest of the division (minus Johan and Strasburg, who are injured) it would be Josh Johnson, Tim Hudson, Tommy Hansen, Javier Vazquez and Derek Lowe....I am not wasting anymore time with this division.

I'm going to give this one to Cincy but I think they are barely going to hold off a competitive Milwaukee team with Gallardo/Greinke and Fielder/Braun. I think Cincy has an under-rated rotation and a very good pen to go with their solid offense.  The Cubs stay healthier and have a better than expected above .500 season.  The team that really falls off here is St. Louis who I believe will really miss Wainwright and have trouble staying healthy.  I wish someone would tell me Houston's plan and Pittsburgh...well the Steelers went to the Super Bowl and Sidney Crosby might play hockey again...

The once laughable NL West now hosts the defending World Series champion and the team whom I believe will win the National League wildcard.  San Diego takes a step back after a remarkable 2010 and the Dodgers feel the pain of Frank McCourt's divorce, which will be reflected with a trade deadline fire sale.  Arizona....uhhh....ummmm....let me think....

The same old song and dance with a little bit of a twist.  I think Boston is going to hold a firm grip on the division most of the year.  I heard they made a couple of small off-season acquisitions that could help their team.  New York makes the playoffs despite major rotation issues and Tampa Bay does everything the "right way" while finishing 12 games out.  Baltimore takes a small step forward and Toronto, who usually stays some-what competitive, falls off the wagon.
Bonus Prediction:  Roger Clemens played for three of these teams, so I think this is a fitting place to make my most sure-fire prediction of this entire blog:  Roger Clemens will make a huge ass of himself on multiple occasions in 2011.  Book it. 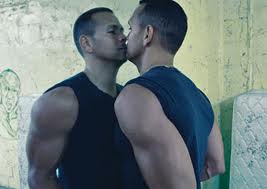 Now the D can add baseball to their list of this is what we do.  With Victor Martinez and a little bit of health, Detroit gets it together to steal the central.  The White Sox could easily have three players who hit over 40 HRs and bat under .260, I'm not sure if this is a good thing or not.  Minnesota has too many health question marks and the MLB recently announced that Kansas City and Cleveland  will in fact be fielding a team this year.

I'm not going to pick Seattle...  I'm not going to pick Seattle...DAMMIT.  Why do I do this every year?  Texas won't have the pitching.  I have to be honest, I follow baseball pretty closely and I cant tell you what Anaheim's official team name is.  Does Eric Chavez still play for Oakland?  How much can one purchase a paperback version of Moneyball for now?
The Playoffs
Divisions: Philadelphia beats Colorado in 5, San Fransisco beats Cincinnati in 4, New York beats Detroit in 5, Boston beats Seattle in 4